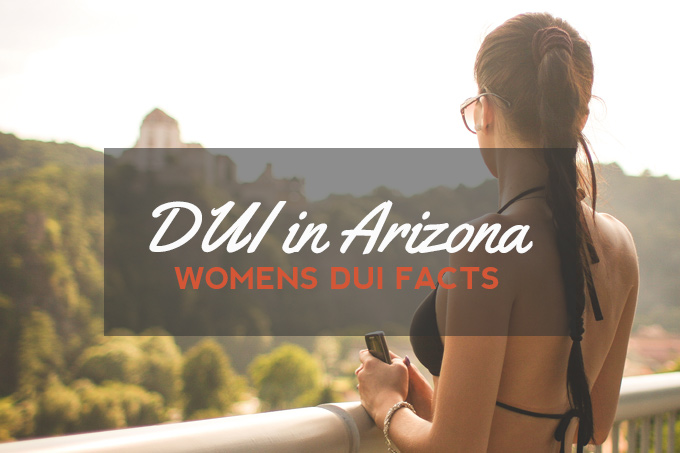 Why Women Should Fight Their DUI Charge

Statistics have proven that more and more women are being pulled over and arrested for driving under the influence (DUI) than anytime in the past. Now the court system is going to tell you this is because there are more and more women drinking and driving than ever before. Not that that information is entirely false, but we believe it is related to some other things

Did you know that women are more likely to be falsely arrested for a DUI than men? Guess what, this is an opportunity and a hindrance. If you hire a poor legal counsel, your chances aren’t very good, as the defense will use one of many angles to exploit the details in there favor. However if you hire a good DUI Lawyer in Arizona they will look at the details of your arrest and choose one of many different defenses that are available to women DUI offenders

Another fact about women and DUI charges, did you know that the female body has been proven to handle alcohol differently than their male counter parts? Other issues can arise with the DUI testing procedures and how your testing was performed or approached. The best way to find out how to beat a Women DUI charge is to fill out our FREE DUI Case Evaluation. This will help you understand the circumstances surrounding your case and give you information on how to beat a DUI offense for a woman

Women Breathalyzer testing and its Unreliability

Previous cases have shown time and time again that a female who has been charged with a DUI is often put into a bad position from a faulty initial breathalyzer test. The Breathalyzer equipment doesn’t work as well on women as it does on men, thus it can often give wrong or faulty readings for women. One obvious reason why is because men and women are biologically different, women have a different hormonal and biochemical physiological makeup. Men absorb and metabolize alcohol differently from women too

Breathalyzer tests are highly susceptible to variations in body temperature, and you guessed it women typically have more sudden bodily changes than men, this can be traced back to hormonal differences. By utilizing our FREE DUI case Evaluation your arrest details will be reviewed by an Expert DUI Lawyer in Arizona. They will go over the details and look for any flaws and give you guidance on what you need to do to properly defend your rights and beat your DUI charge

One of the police’s favorite things to do if you happen to get pulled over while driving under the influence is to perform a Roadside Agility Test. One thing to note is that these roadside agility tests are not mandatory you have a choice to choose whether or not you want to do it. But most women are often intimidated by the police and opt to take the roadside sobriety test.

In case you didn’t know women react differently to stress than men do, and most women are scared when they are first pulled over, let alone when the officer asks them to “step out of the vehicle” to perform his lawful duties. The heightened stress levels can cause you to react out of character or out of your ordinary self, and thus a dip in your results while performing the roadside sobriety test. A Good DUI attorney in Arizona can show you how to overturn this evidence.

What if a woman is asked to take a roadside agility test in 6” stilettos or shows that they don’t typically wear? Or even worse she could be forced to take the test in her bare feet, which can make passing any of these tests awfully difficult. Have you ever tried to walk on a straight line in high heels or bare foot on the side of a major roadway? Yet another factor that after you get our FREE DUI Evaluation performed we can show even more information and circumstances that can be presented in your favor. You need to make sure you do everything you can to get all of the options available to you, so you can fight and beat your DUI charge.

Law officers are targeting more and more women than every before for wrongful DUI charges. With the severity of DUI Laws constantly increasing you owe it to yourself to take our free online evaluation. A Experienced DUI Lawyer in Phoenix, DUI Lawyer in Scottsdale, DUI Lawyer in Tucson, DUI Lawyer in Tempe, or a Local DUI Lawyer will look over the detail of your arrest and provide you with the help you need to show you how to beat a DUI case for women. Chances are they might even be able to get your case dismissed and all charges dropped too.