What to do when you get a DUI 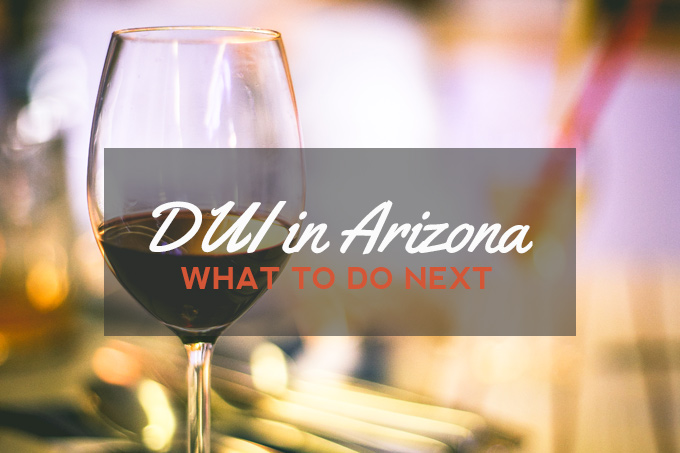 Quick Navigation
What to do when you get a DUI Do You Need Legal Help from a DUI Lawyer in Arizona to Fight and Beat your DUI Charges?DUI in Arizona - What to Do Next
DUI – Driving Under The Influence, And What To Do How much will a First Offense DUI in Arizona will cost me?

DUI Sobriety Test – Fail this and you are almost guaranteed to get a DUI charge slapped against you. If you are facing a DUI charge, you are probably wondering what you need to do next. If you have failed a breath, blood, or urine test the deck could already be stacked against you. Or perhaps maybe you refused all the tests and was charged for a DUI with out any proof or evidence against you in your case.

Refusal cases are typically the easiest cases to beat or get the charges thrown out all together, why, because the lack of evidence the prosecution has against you. However, there is typically one catch associated with this, there can be mandatory suspension laws in many states. What does this mean, just because you won your DUI case, you may still have to face the hard truth that your drivers license will be suspended for a period of time

If you are still contemplating what to do, the best thing you can do is to submit your case details to us using our FREE DUI Case evaluation. Let one of our experts go over your case with a fine toothed comb and present you with your best options. Its simple just click the button below.

When fighting a DUI offense it is very important to know what you are going to be up against. In extreme DUI offense cases, one in which your Blood Alcohol Content is very high and extremely over the legal limit or where injuries were involved you can expect the prosecution to try and do everything they can to stick the maximum punishment on you.

Often times they will use dash camera video without you knowing it, or witness observations, or stories leaked to the Internet and local newspapers to help them and justify their case. They can also use their dash camera to record your Sobriety test and use the video as evidence in your DUI trial case. That is why it is very important that you have all the facts before you make any decisions.

Do You Need Legal Help from a DUI Lawyer in Arizona to Fight and Beat your DUI Charges?

That is why we are suggesting you TAKE ACTION TODAY and let us examine every detail of DUI charge; all you have to do if fill out our simple online form. This is by far the easiest way for you to find out how you can defend your DUI case in court. Our DUI Attorneys can uncover specific details they can use to help you fight and win your DUI charges, don’t hesitate click the button below.

DUI in Arizona - What to Do Next

After a person is arrested for a DUI charge in Arizona often times they are looking to get help for what to do next. Here are a few common questions you might be asking yourself

These are all very valid questions and questions DUI Lawyers in Arizona can answer for you. All you need to do is fill out the FREE DUI Case Evaluation form and an Scottsdale DUI Lawyer, Phoenix DUI Lawyer,  Tempe DUI Lawyer, Mesa DUI Lawyer, or a local DUI lawyer near you will contact you with ways you can fight and win your case

Just as important as knowing what to do for a DUI arrest charge offense, is knowing exactly what to do if you are pulled over for a DUI again in the future. By knowing your rights ahead of time if you are ever faced with the often intimidating situation of a suspected DUI stop, can help in avoiding potential costly mistakes if a person is unfairly charged with a DUI offense.  Click the Button below to get a free DUI Case Evaluation Today!!

DUI – Driving Under The Influence, And What To Do

Driving under the influence is the most common of the drunk driving arrest charges. But there can be certain misconceptions about what the charge conviction actually includes and what you can do if you are in this situation to get the best result in the shortest amount of time

What the court is going to try and prove is that you were impaired by drugs, alcohol, or prescription medication and shouldn’t have been operating a motor vehicle. They can find you guilty if you were under the influence of any of the above-mentioned substances. However one side note is that the prosecutions don’t have to prove that the DUI impairment had a noticeable effect on the driving of the accused.

What are you talking about? Bare with me here. The typical person arrested for DUI doesn’t know what to do in this particular situation, because most people didn’t know that you don’t have to be over the legal DUI Limit of BAC to be legally impaired by alcohol and arrested for a DUI

For instance, if the said individual has a low tolerance for alcohol, they could be charged with a DUI even though they are well within the legal BAC limits. As strange as it sounds, it is possible and has happened before. In some extreme cases, defendants have been convicted of Driving Under the Influence (external Link) with no alcohol in their body at all. But if the Prosecution can prove other factors that suggest the DUI impairment or intoxication was a result of drugs (legal or illegal).

After examining a person’s unique DUI arrest details, an experienced and competent DUI Attorney from your area that will be familiar with your court case. A DUI Lawyer who specializes in DUI – (driving under the influence cases )– this a no brainer for fighting your DUI charges.

How much will a First Offense DUI in Arizona will cost me?

Now granted each case is unique and the costs will represent this, there are several factors that can drive up this cost but typical DUI costs are between $12,000 and $18,000 when the following fees are added in:

After you get a DUI, you may be waiting to hear about some of your test results, and despite how bad it may seem to you right now, there is a very strong chance that by getting your arrest evaluated by us online, we may be able to help your fight and beat your DUI charges. In fact, by having your case evaluated ahead of time after getting a DUI, the success rate in cases involving blood and urine tests are significantly increased.

Do yourself a favor and fill out our FREE DUI Case Evaluation, that way at least you know what options are available to you and you can make a sound decision on what your next logical step will be. Our goal is to help you fight and beat or at least get the charges reduced against you. We want the best for you and or your family.